Basset hounds get their first round of vaccines when they are around eight to ten weeks old. So, you won’t have long until your puppy is due for his first vaccination. There are a lot of vaccines for dogs which can leave you questioning ”Which vaccines does my basset hound needs”?

Which vaccines does my basset hound need? Your basset hound will need vaccines that protect from canine parvovirus, canine distemper, kennel cough, parainfluenza, leptospirosis, and rabies. Your puppy will get the first round of vaccination between eight and ten weeks of age.

Which Vaccines Does My Basset Hound Need

Once you get your basset hound puppy, it won’t be long until he is up for vaccination. Unless, you got him from a reputable breeder, or a shelter and they already gave him the first round of vaccines. There are a few vaccines that your basset hound requires, but once you get your puppy registered with a permanent vet, they will keep records and remind you about the vaccines.

But, if you are wondering ”which vaccines my basset hound needs”, here are the usual vaccines that will protect your dog from:

The canine parvovirus, also known as ”parvo” is a very serious virus. The most vulnerable are basset hound puppies under four months of age and vaccinated dogs. The canine parvovirus is a gastrointestinal tract condition that gets spread from dog to dog or by feces.

Cats and Humans can carry and spread the canine parvovirus but aren’t susceptible to the disease.

This highly contagious virus can survive for very long periods of time, regardless of the weather conditions such as cold, heat, and humidity. It spreads in stools, food, water, contaminated kennels, collars, leashes, and more.

Symptoms of the parvovirus usually include:

Most fatalities from the parvovirus occur 48 to 72 hours following the initial onset. Some experts believe that adult dogs cannot catch this virus, but there is no scientific evidence to prove that. There is no cure for this virus, but some puppies and adult basset hounds were able to survive this virus.

The best treatment for parvovirus is prevention. The parvo vaccine is given to the basset hound pup between six to eight weeks of age, again between ten to twelve weeks of age, and once more at fourteen to sixteen weeks.

Canine distemper is a virus that attacks the basset hound’s gastrointestinal, respiratory, and central nervous systems. The canine distemper can attack the conjunctival membranes of the eyes too.

The most common symptoms of the canine distemper virus include:

The most common symptoms of the kennel cough include:

This being a highly contagious disease, all basset hounds must receive this vaccine.

The canine parainfluenza virus or CPIV is a virus that attacks the basset hound’s respiratory system. This virus resembles canine influenza, but they are unrelated and require two different vaccines for prevention.

The canine parainfluenza virus is the most common pathogens of tracheobronchitis or canine cough.

The most common symptoms of the parainfluenza include following:

Canine parainfluenza is very contagious and basset hound puppies that are exposed to doggies’ daycare, events, dog parks, and competitions are exposed.

Luckily, a vaccine is available. Your basset hound puppy needs to receive a parainfluenza vaccine when he is three to six weeks old. Then, another vaccination follows when the puppy is six weeks of age. After that, annual re-vaccination is recommended.

Leptospirosis is a very dangerous lung disease that can affect both humans and basset hounds. It is a zoonotic disease which means it can be passed from dogs to humans. It is very important that your basset hound receives a vaccine for leptospirosis. Your and your puppy’s health is in question.

Leptospirosis is caused by bacteria found in soil and water.

Usually, your basset hound can catch this bacteria when exposed to nature such as on walks in the woods or swimming in a pond. The initial symptoms are like those of the flu and then the liver and kidney disease follow.

Rabies is a deadly disease that can be transferred from animal to animal and animal to human. So, it’s one of those diseases that affects your basset hound’s health as well as yours. Between 30,000 and 60,000 people are treated annually for this disease and it is usually because they got bitten by a dog.

Symptoms of rabies may include:

By vaccinating your basset hound, you can prevent him from being infected with rabies. The rabies vaccine is considered a ”core vaccine”. Most states in the US require this vaccine.

Your basset hound puppy should be vaccinated for rabies when he is 14 weeks of age and again when he is one year old. Re-vaccination takes place every one to three years. Many people choose to vaccinate their dogs themselves, but I recommend that you take your basset hound to the vet. 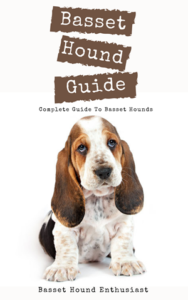 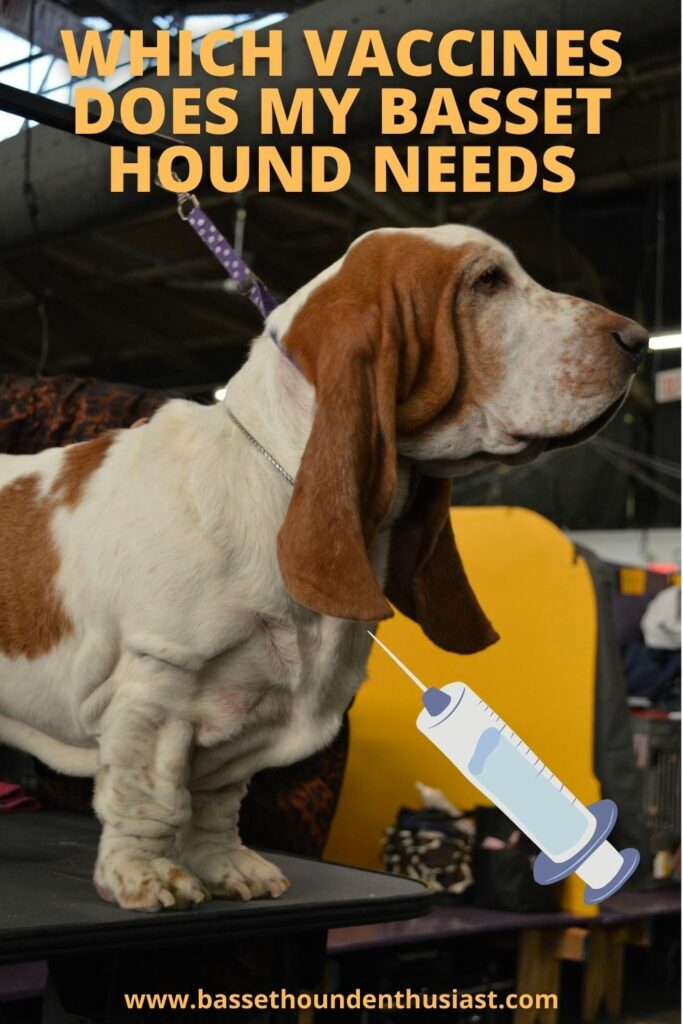